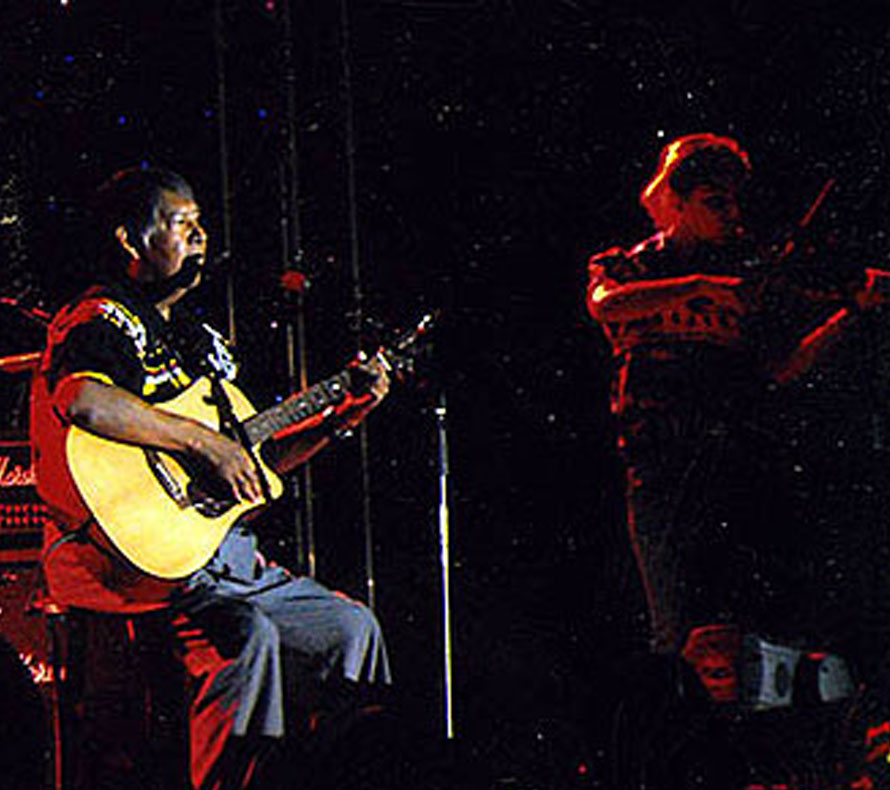 The Cowbone Band started when Tony, Paul Buster’s dad, Jimmy Roberts’ cousin, Tony Osceola and Jack Micco used to get together when Paul (AKA Cowbone) was younger playing under the oak tree. They also played at church once in a while. Cowbone learned from them, but at the time, he was more interested in football and basketball rather than actually joining the band. However, he did have time to listen to them play.

At the time, there was not much to do in Big Cypress (one of the Seminole Tribe’s reservations), so to pass the time, Cowbone started playing the guitar but didn’t play formally until he was around 18 years old when his mom got him his first guitar.

Tony played at Little Community Center. Five blocks away there was a store they played at called Willie Tiger. They never knew what payments were, but were able to receive free food. It was not until the 70s that the band started getting paid, but mostly played because they loved the music. Their paid gigs were enough to cover travel expenses.
By the 90s, they got on stage with Waylon Jennings and since then, Cowbone’s fees went up.

Cowbone was an outlaw who never reached the main streams, yet he managed to just do things his own way.