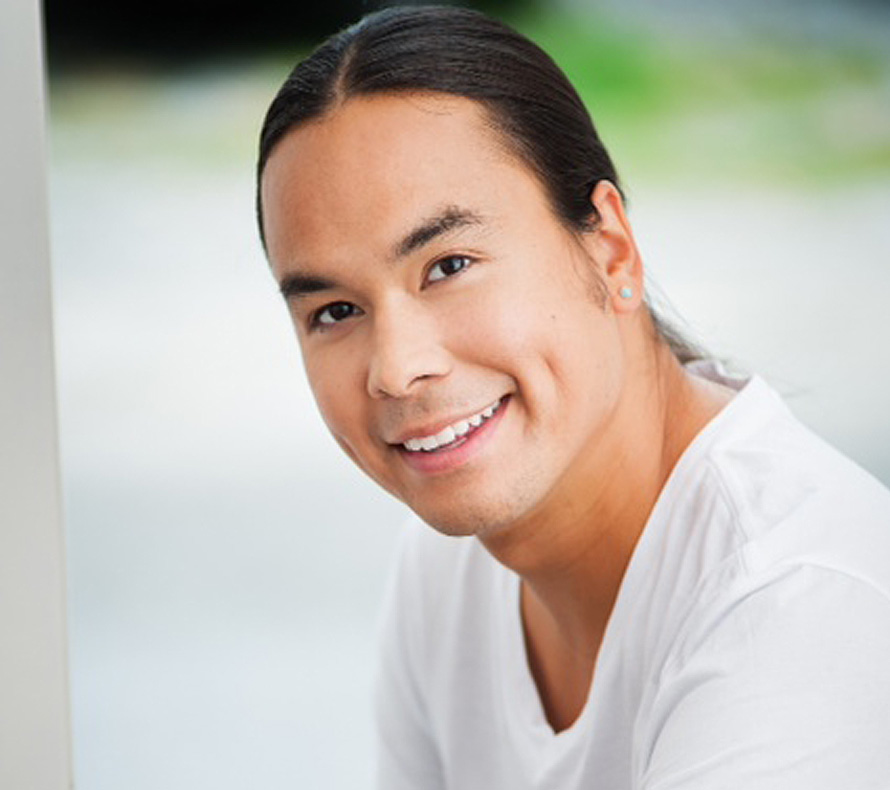 Simon R Baker virtually grew up in front of the camera with his first starring role at the age of 9 in the feature “Once in a Blue Moon”; he followed that with 3 seasons of the hit TV series, “North of Sixty”. Some career highlights include a leading role in the Stephen Spielberg produced mini series, “Into the West”, the lead in the Disney Channel feature “Buffalo Dreams”, working 4 months opposite Tommy Lee Jones and Cate Blanchett in Ron Howard’s “The Missing”, the lead in the Independent Film “Buckaroo” and his compelling role of Randy in the award winning festival hit “On the Corner” which premiered at the Toronto International Film Festival. Other projects include the MOW’s “Journey to the Center of the Earth”, “Dreamkeeper”, the two North of Sixty MOW’s “Dream Storm” and “Distant Drumming” plus the mini series “Big Bear”. His work in feature films includes Chris Eyre’s “Smoke Signals” which earned Simon a First Americans in the Arts nomination for Best Supporting Actor. He also appeared in the Academy award nominated “The Sweet Hereafter” with Director Atom Egoyan Other features include, “Now and Forever”, “Shanghai Noon”, “I Robot”, “Spooky House”, “Tribe of Joseph” and “Back to Turtle Island”. His series work includes “Strange Empire”, “The Crow”, “Nothing to Good for a Cowboy”, “Two” and “Hawkeye”.Simon graduated from the prestigious Canadian Film Centre’s new Actors Conservatory. Only 8 were chosen to participate from across the country and instructors included Norman Jewison, Keifer Sutherland, Sarah Polley, Colm Feore, Martha Henry, Clement Virgo, Patricia Rozema, Lynne Stopkewich, Donald Petrie, to name just a few. Simon was the host of CTV’s “First Story”; a show that featured Arts, Culture and happenings in the Native community across Canada. Simon lives in Vancouver, his father is of the Squamish and Haida nations and his Mother is Cree. Simon is an avid Lacrosse player. He is also accomplished in martial arts and has a background in Pow Wow and Haida dancing. Simon is touring the world as the Host of the show “Native Planet”, a series that travels to Indigenous cultures around the world and highlights their land, culture and the universal story of all indigenous people on the planet. Currently wrapping his third three season of the show.