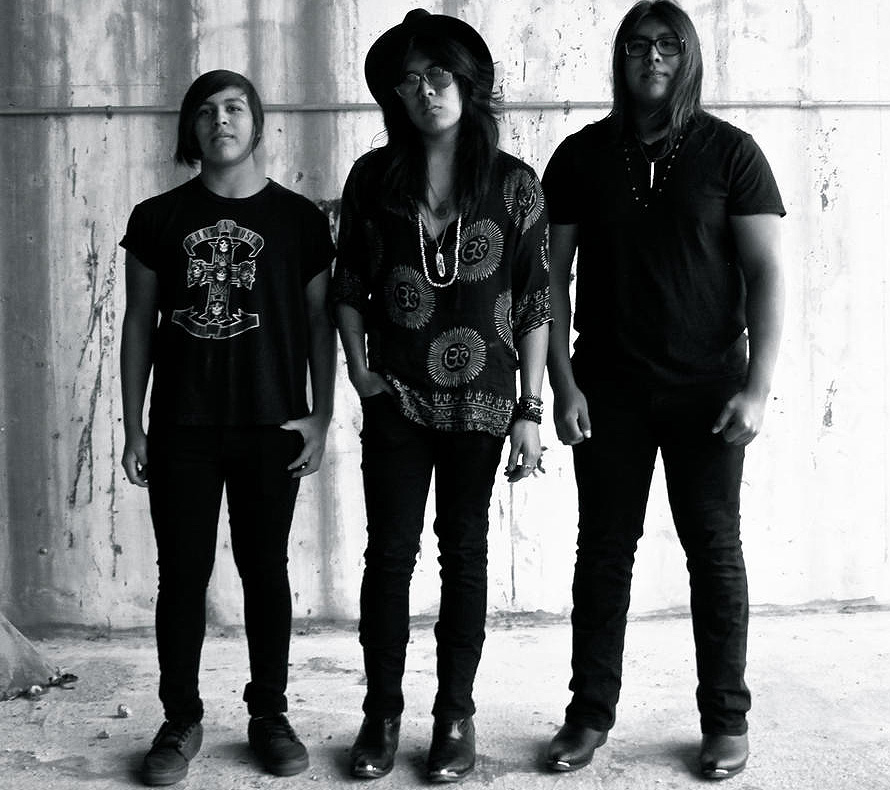 The Osceola Brothers are a rock and roll band based out of Hollywood, Florida.

CAMERON OSCEOLA, lead vocals, guitar and songwriter, at 19, brings a presence to the stage like no other. His raspy voice and aggressive guitar playing fuse traditional blues with rock and roll, creating a unique sound. Heavily influenced by Tom Petty and Jimi Hendrix, he is the inspiration behind much of The Osceola Brothers’ music.

TYSON OSCEOLA, bass, influenced by Flea, Geddy Lee, and Nikki Sixx, at 17, drives the band with such a force that not only rattles your heart, but your soul. With a great deal of showmanship, he is an important component to The Osceola Brothers.

SHELDON OSCEOLA, on drums, at 14, is a high energy character influenced by the likes of John Bonham, Jason Sutter, Tommy Lee and more. When he picks up a pair of sticks, there isn’t a single person that sits still. Whether he is playing drums, cymbals, sticks, cowbells, or phone books, he locks into the groove. He is the final and most important piece in creating the band The Osceola Brothers.

When Sheldon, Tyson and Cameron connect, they create a musical fusion that can’t be ignored.

Their music has reached people from Florida to Barcelona and have opened for many great names in music including Derek Miller, Creedence Clearwater Revisited, Sarah Evans, Keith Secola, Robert Randolph, Indigenous, Jonny Lang and Lynyrd Skynyrd.

The Osceola Brothers also headlined an over occupancy show at the Hard Rock Cafe in Hollywood in January of 2015, and are currently working on their first EP. In July of 2015 they were booked to play the Hard Rock Rising Festival in Barcelona, Spain. Also on the bill were Lenny Kravitz, Kings of Leon and more.

The Osceola Brothers give a cold shoulder to today’s popular music, and are a rebellion to the music and techniques of today. They are a new revolution in rock, returning to the hard-driving music used to stick it to the man.

The fusion of these three brothers have brought forth a new music that will not be soon forgotten. The themes involved in their music involve the reality of day-to-day living, which expresses the highs and lows to which the youth of today can relate.